ROUND BRITAIN & IRELAND RACE – REELING IN THE BIG BOYS 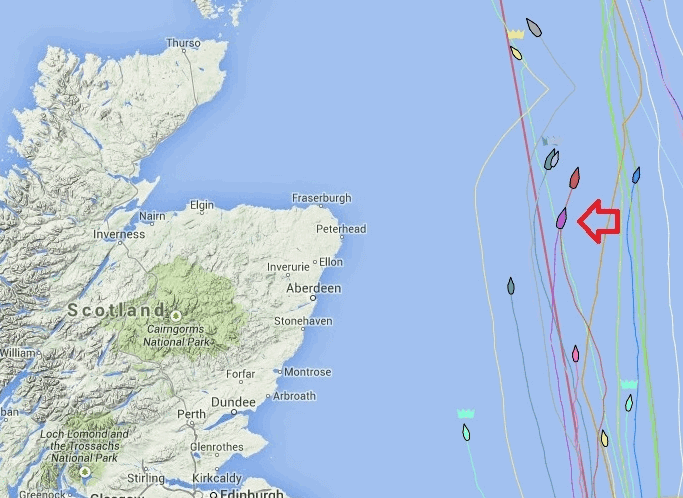 Day three finds the racers some lies to the east of Aberdeen. Alright, the leaders are already well past the Shetlands, but the boats that mater are right here and, what’s more, the plucky amateurs aboard Saga  are beginning to turn up the heat on the big boys in the fleet. During the night, the Hanse crept past Palpatine and claimed second place for the first time in the race. the next target is the biggie; La Promesse . Can the Saga crew put Johnny Dutchman in his place? We’ll keep you posted.

In the meantime, morale is high aboard, as skipper Peter Hopps notes: “So, we started on Monday morning at 9 o’clock when the rest of the world was going back to work… of course we are happy!

“We’ve been at sea for a while now and have settled into our watch system. We’re all quite happy and heartily glad we are going anti-clockwise. It looks like we’ll have to beat the last bit up to the Shetlands, but we’re all here for the experience, which should include beating!!”
Other Article
Archives