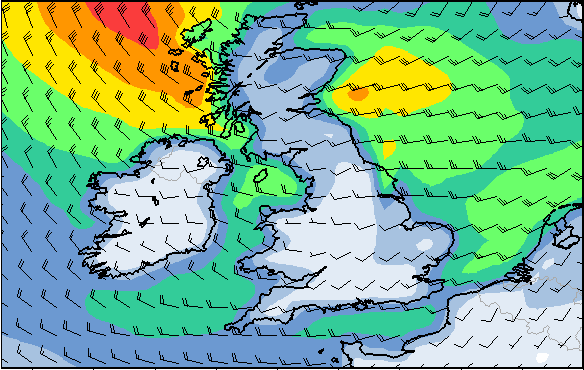 While the Round Britain and Ireland Trimaran crew were already back in Cowes sipping on champagne and slapping each other on the back after smashing all previous records for the race, others were still very much in the thick of the action, including Sailing GB’s Saga. In common with the majortiy of the race fleet, Saga endured a punishing beat up to Muckle Flugga,after the wind switched through 180 degrees and split the fleet dramatically down the middle.

This was just the start of the punishment; as the fleet sped down the north coast of Scotland reports filtered through that there was much worse to come and Saga’s crew is at present battling with hurricane force winds and waves of up to 11 metres. One report from onbaord has just described an 11 metre + monster sinking into a deep silent trough completely submerging the 54 foot yacht before popping back out the other side into the screaming wind again! Don’t worry though, we have every reason to believe that she is still racing and all on board will be further buoyed by the news that their feared rival La Promesse  has suspended racing and is headed for Stornoway in order to effect repairs to her mainsail which is showing serious signs of wear and tear.

If the battle weary crew of Saga  hold the boat together long enough, they may well deliver a mortal blow to the hopes of the flying Dutchman, who was eyeing line honours hungrily.