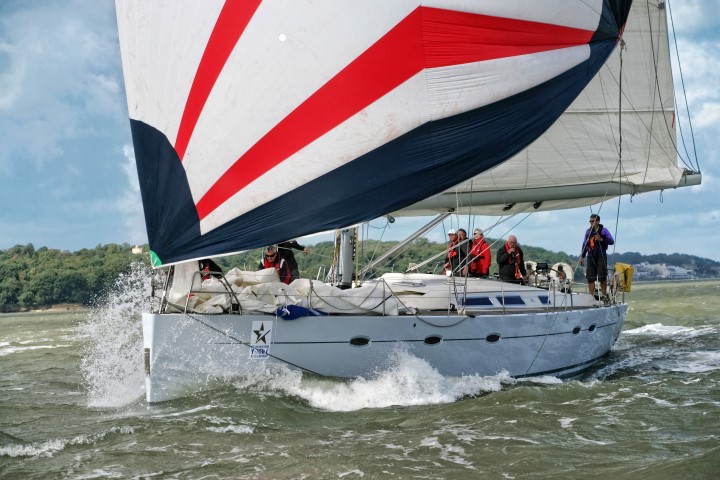 Welcome to one of the toughest and most challenging races in RORC calendar . A two week slog from Cowes Isle Of Wight back to Cowes taking in the entire British Isles non-stop. For some of us, the basic challenges of day to day life are simply not enough – I guess some of us need to push ourselves that little bit harder than others in search of that ultimate challenge. The general term for such people is adrenaline junkies yet, in the world of yachting, there is another label for them – competitors in the Round Britain and Ireland Race! This is an event synonymous with dare, hardship and full throttle sailing at its very best. A race so challenging that the organisers only dare to hold it every four years for goodness sake!

2019 is one of those years, so now is your chance to step up and see how you measure up against some of the toughest and most talented sailors in the world while taking on one of the trickiest and most testing courses out there. The route is 1,802 nautical miles long and takes you clockwise around the British Isles non-stop. We all know the kind of weather Britain can dish up at any time of the year; fair to say it is generally a mixed bag. Expect everything from glorious sunshine to torrential rain, from big winds to flat calms it will all be there in some measure as you race around a coastline almost as varied as the weather itself.

There is everything here from the verdant rugged beauty of Ireland’s lonely west coast, to the magnificence of Muckle Flugga off the Shetland Isles, the top mark of the course. Indeed, the list of waypoints and marks around the course flows off the tongue like some kind of sailor’s paean to our beautiful coastline. Bishop Rock, Muckle Flugga, Sula Sgeir, the list goes on like pure poetry. This is more than just a race, it’s a trip through the annals of Britain’s proud nautical history. But what a race it is! A blast around the course will take up to 11 days to complete.

Most taking part will be happy to complete the challenge, but some will be out to smash the existing record which stands at a quite staggering 5 days and 21 hours. This record was set by the mighty 70- footer Groupama 7 in the 2010 race and an indication of the kind of speed achieved can be witnessed by the fact that the hard pushed yacht averaged over 12 knots for the entire race. That is really going some and the French vessel has undoubtedly set the bar very high, yet there will be plenty out there eager to better this time and given the quality of yachts entering and the steely determination and skill of those manning them, who’s to say records won’t tumble this year? Truly this is a unique event.

Bear in mind that there have only been eight editions of this race since its inception in 1976 and only five of those have been non-stop and you get a good idea of how unusual an event this is and also how important it is to grab the opportunity to be part of the action.